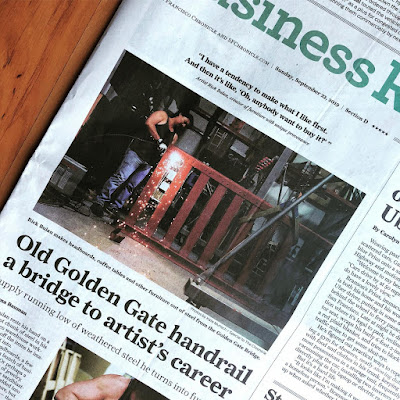 Did you see us in the San Francisco Chronicle?  Wonderful article by Anna Bauman with photos by Kate Munsch featured in the SF Chronicle on September 22, 2019... Click here to read it:

Golden Gate Bridge steel is this artist’s career. What happens when it runs out?


Rick Bulan rests his hand on a worn 12-foot chunk of steel in his San Francisco warehouse workshop, ticking off the items he imagines turning it into.

Maybe two headboards, a few coffee tables and a bunch of business card holders. Or perhaps a dining table and lots of jewelry.
The red steel will be sandblasted, raced on, cut and welded into ordinary pieces of furniture, but its origin is unmistakable — the Golden Gate Bridge.

“When I make stuff from it, you can tell where it comes from. It’s very distinct,” Bulan said. “No other bridge has that.” 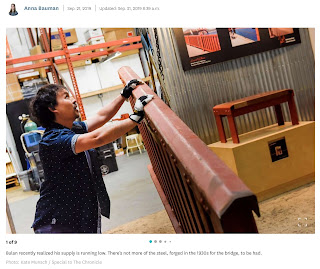 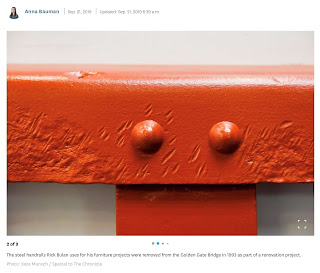 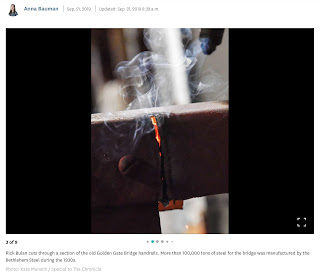 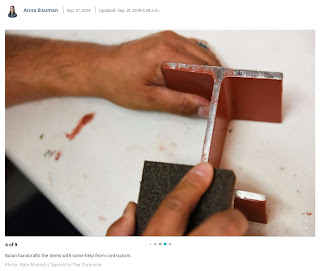 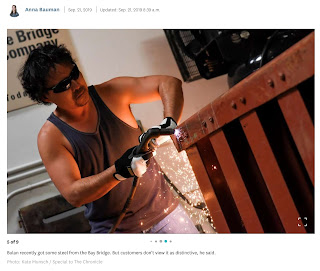 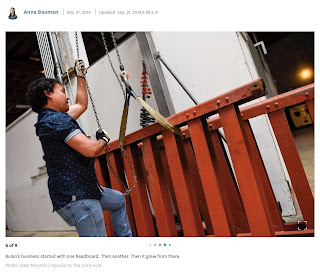 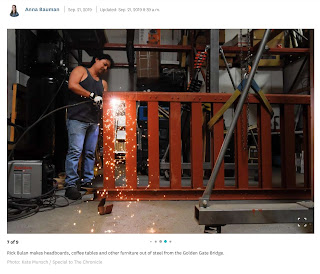 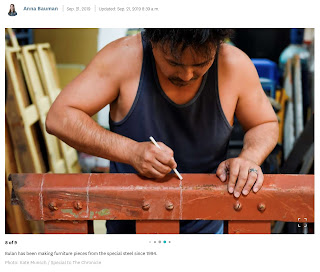 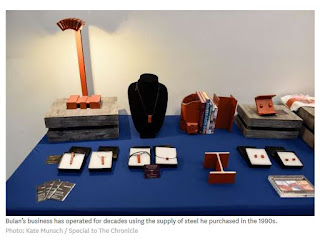 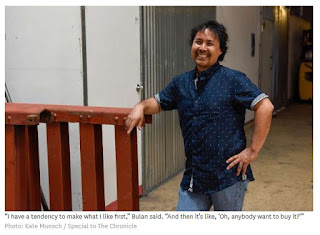 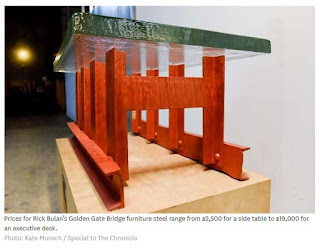 For more information on any of the designs featured here, or to schedule an appointment to visit our studio, feel free to contact us through our website, via email, or by phone.